I started dancing in 1980, like Michael Jackson and in 1982 moved on to Popping and then B-boying or as we knew it back then, Break-dancing. my first crew was called ... and later that changed and we formed the Pop Glide Crew. 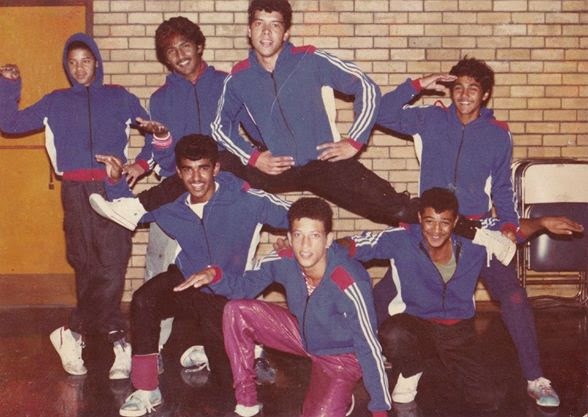 These b-boys went on to form groups like Furious Floor Rockers, who later became Black Noise. I am writing a book about my whole experience in Hip Hop and will share that everyone early in next year. It is called "Making A Black Noise". In the meantime, here is a copy of the activities that I have been involved with since way back then.

Emile YX? (www.emileyx.co.za) is often considered to be one of the Pioneers or Godfathers of South African Hip Hop and is a founder member of the legendary South African Hip Hop Group, Black Noise (www.blacknoise.co.za). He is best known for his developmental work and community outreach projects like the Heal the Hood Project (www.healthehood.org.za ) and hosting events like African Hip Hop Indaba, Battle of the Year, Shut Up Just Dance, African Battle Cry, Cape Flats Uprising, Surf Day, Up The Rock and Freestyle Session. 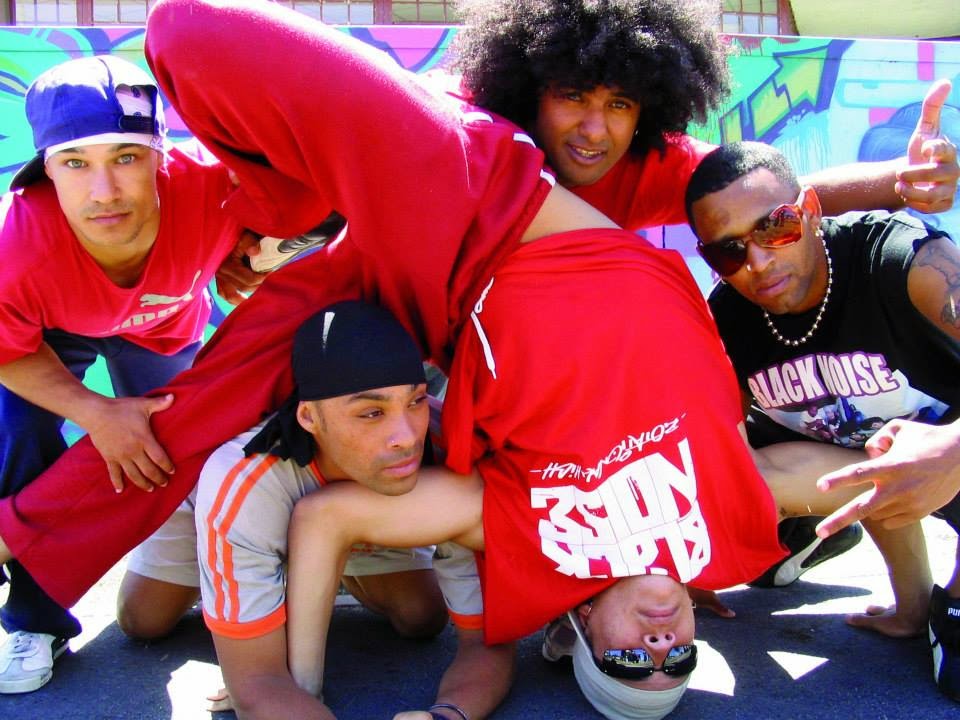 Emile YX? is also known for being a founding member of legendary Black Noise Hip Hop Group and his work on eTVs “Step Up or Step Out”, but he has helped to raised money for and sent 159 young people to travel to international events globally. He has recorded and released 12 albums with Black Noise, 6 solo Emile YX? Albums, 1 Afrikaaps soundtrack, 9 compilation albums, 7 Heal the Hood compilation albums and helped 6 local artists release their solo albums. Emile started South Africa’s first Hip Hop magazine “Da Juice” and wrote 3 books. He also helped graffiti artists Falko and Mak1 to release their own magazines and a compilation of Rhymes, Articles, Poetry, Short Stories and Sketches R.A.P.S.S. His achievements are too many to list, so we decided to list them by year below:- 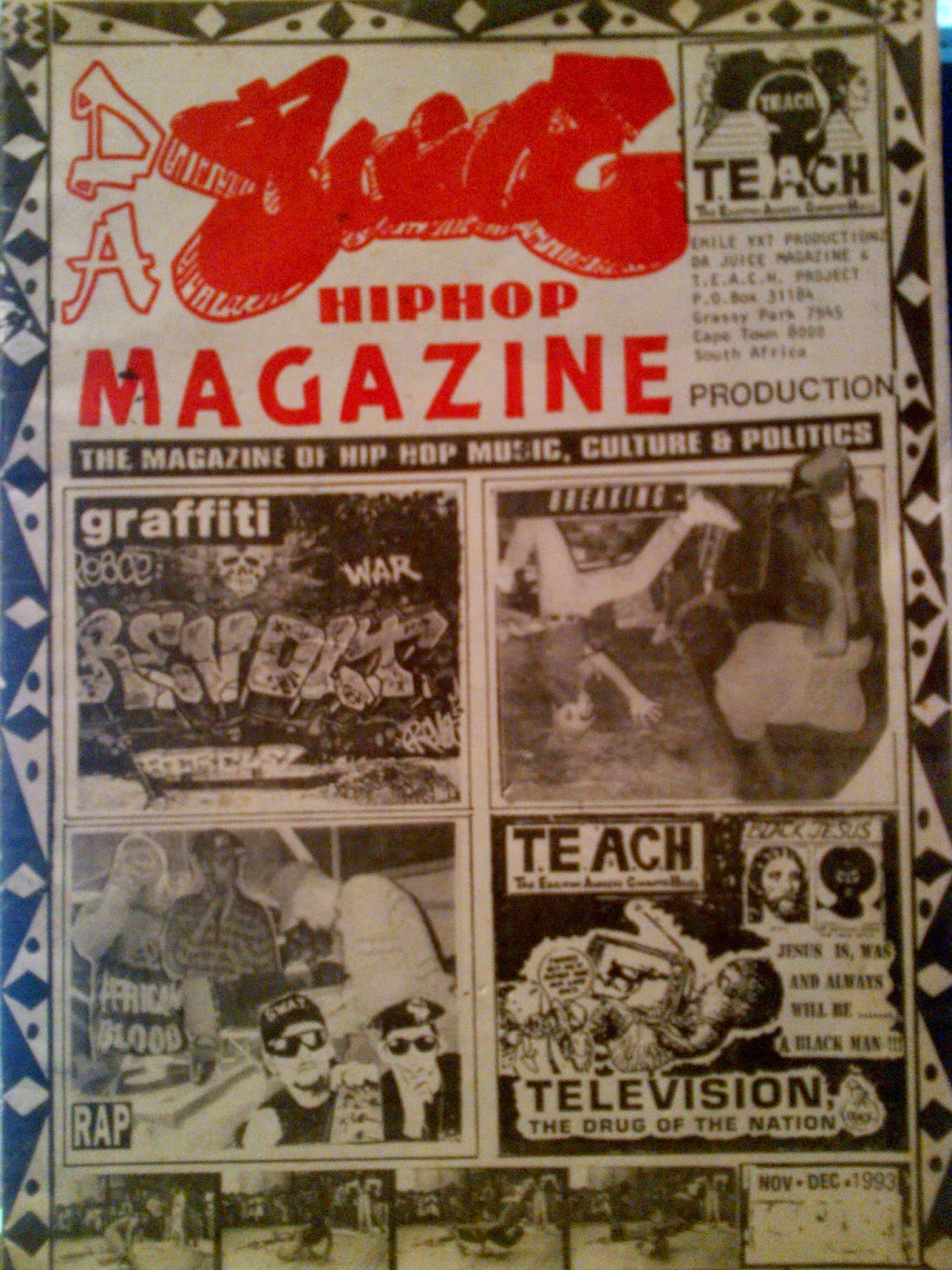 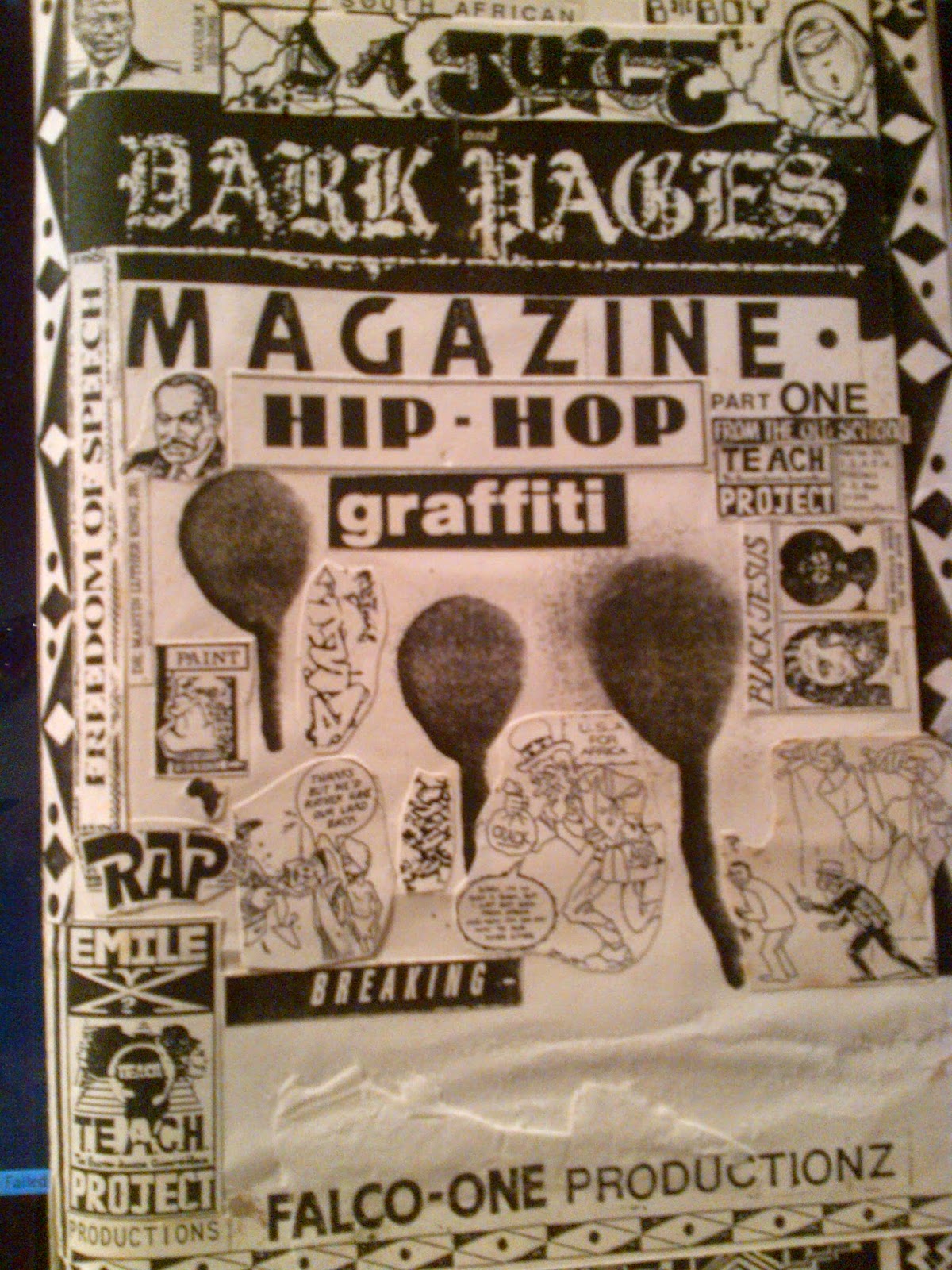 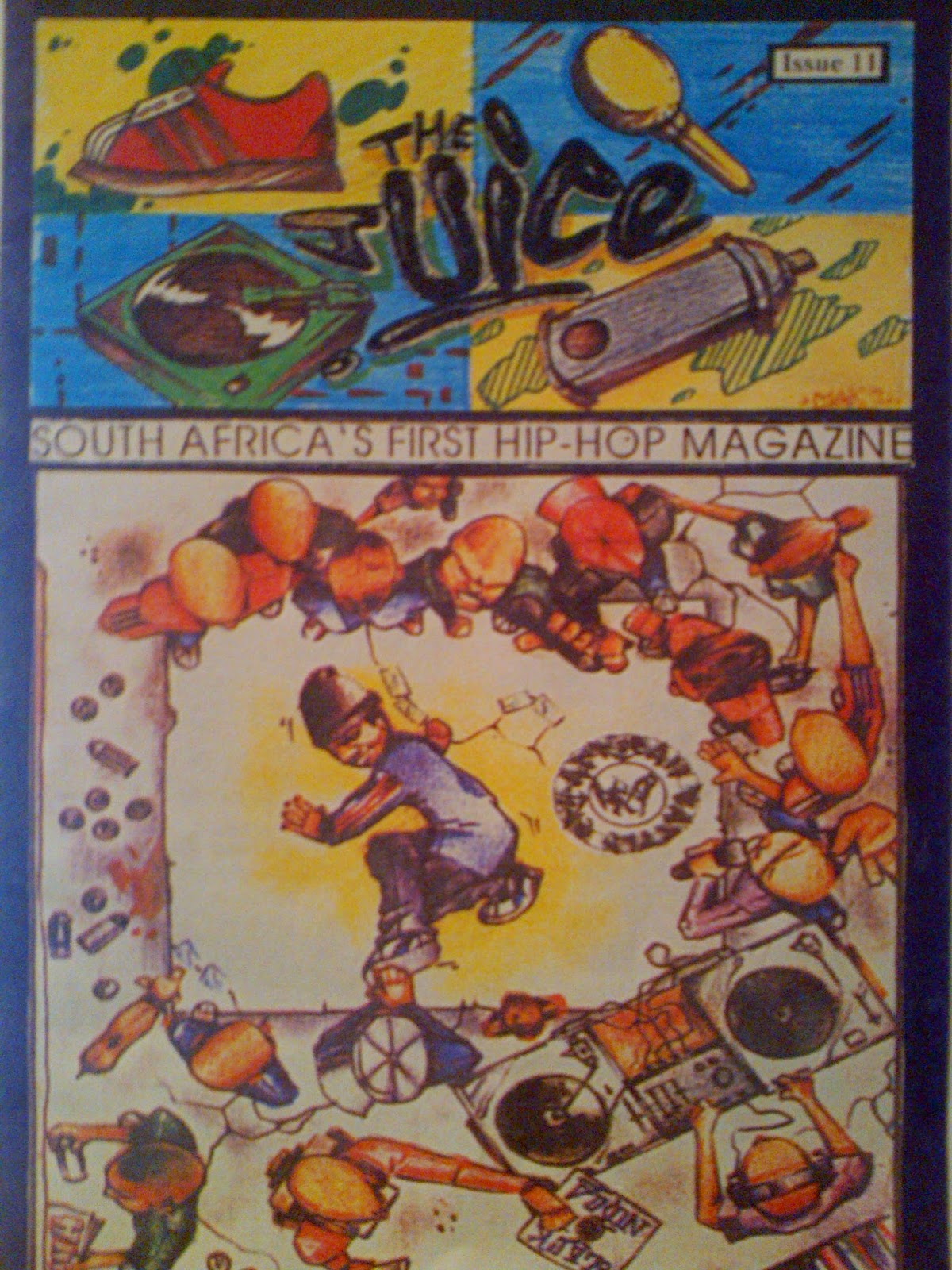 Doing for Self & Others

Finding the new character for BN

Prep for the recording at Desirees place , the Farm

Prep of the new show 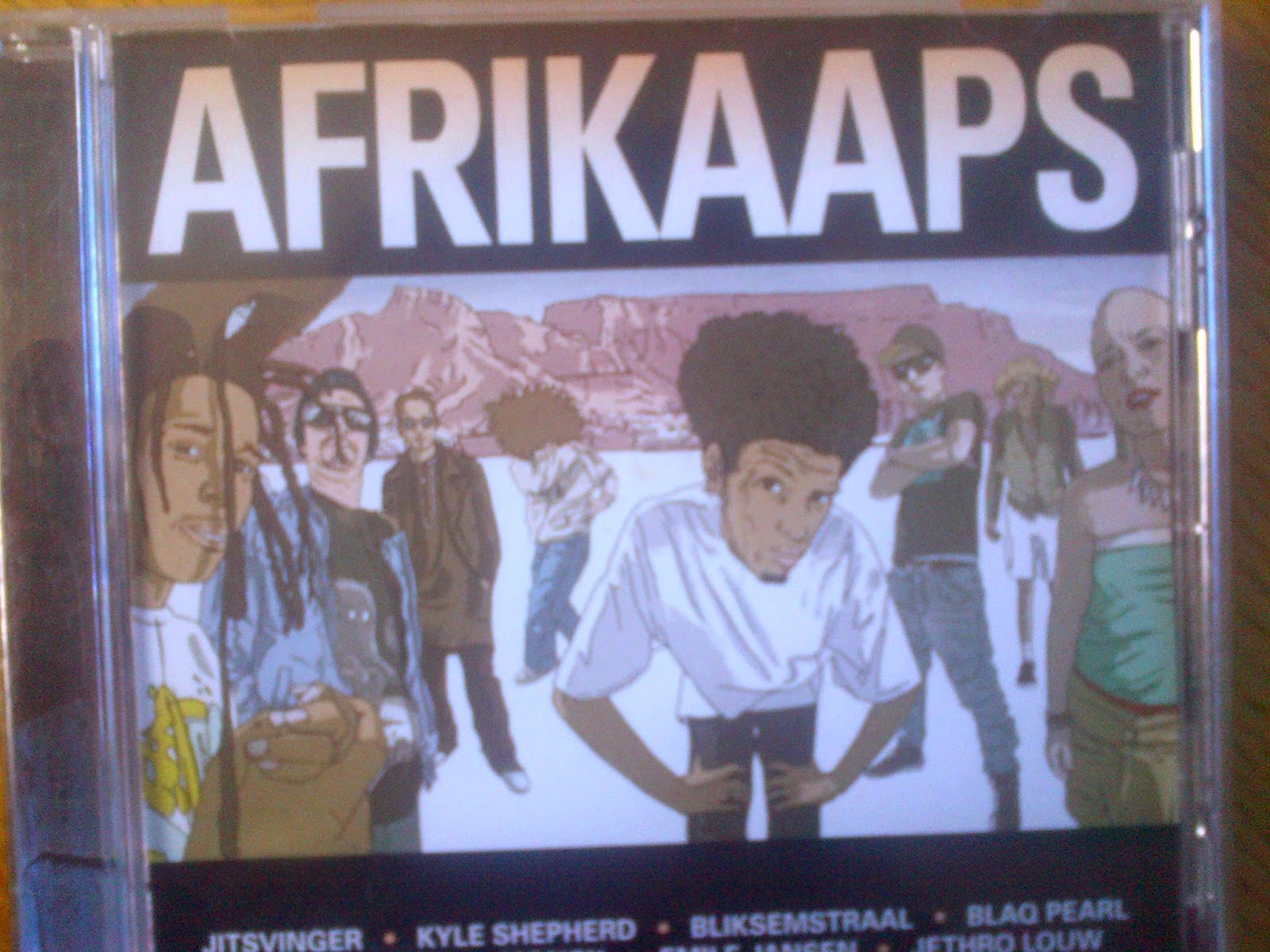 Emile releases an album with Afrikaaps as a soundtrack to the play
2012 Emile created South Africa’s first Hip Hop dance production called Mixing it Up and showcased 16 dancers in Cape Town and Johannesburg - selected to judge for the 2nd season of eTVs Step Up or Step Out - Youth I taught from Lavender Hill are now paid by Heal the Hood to teach workshops after School hours  for free to marginalised youth - Created a group with Lavender Hill youth called Mixed Mense. Emile released his 4th solo album “Born & Bred on the Cape Flats”
2013
Emile released his 5th album with Mixed Mense . He was also selected as a judge for the 3rd season of ETVs Step Up or Step Out  - created second Hip Hop play called “BREAK” & showcased it at Artscape - nominated for Hip Hop Pioneer of the Year, International Award - Performed with Mixed Mense at Darling Voorkamerfees - Emile and Mixed Mense assist Natural Justice with creating a Theater of the Oppressed drama piece to perform to the Bushman community and get to perform at the grave-side of Ooom Dawid Kruiper while in the Kalahari -  Emile’s track “The Rhythm” selected for Battle of the Year 2013 Soundtrack

2014
Emile started the year preparing Heal the Hood Project to become more focused and created round-table discussions to increase the network of NGO’s in the Western Cape working with youth. Emile was then also invited to create a song at !Khwattu for Infecting the City. In March he organized for Black Noise to perform in the USA at The Kennedy Center as part of the One Mic Global Hip Hop Festival. Emile both performed and spoke of a panel about community activism. He then also performed and spoke on panels at Trinity International Hip Hop Festival in Connecticut. Emile also travelled to San Francisco to speak about Princess Vlei, as well as the affect Knowledge of Self has had on his life, work and interactions with Hip Hop and its community. Afrikaaps, the play, was hosted at Artscape. Recorded “Set Your Goals Up High” for Mxit and Marikana Massacre. The Mxit song got 37000 downloads in a week. Initiated the 1st Annual Heal the Hood Hip Hop Lectures at UWC, as part of African Hip Hop Indaba 2014.

Check out music from Emile YX?

Check out shows from Emile YX?